RINGO MEDIA is a production company based in Barcelona. It was created in 2017 by Mireia Graell (Nominated to Goya and Gaudi Best Production Manager for SUMMER 1993). Its ambition is to develop projects with an honest look, paying special attention to stories of women. Among its titles we can find KIBERA SAUTI by Luis Lanchares (Thessaloniki 2018) “Matria” (Grand Jury Pize Sundance 2018) and “16 de Decembro“ by Álvaro Gago (Locarno 2019) or “Broken Tale” by Miguel Gago (Shanghai 2020). 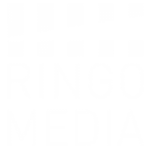 Ringo Media is an independent production company based in Barcelona created in early 2017 by Mireia Graell (nominated for Goya and Gaudí 2018 as Production Manager for Summer 1993 by Carla Simón). Mireia has been selected as an emerging European producer at Rotterdam Lab, Berlinale Talents, La Incubadora, EAVE or by Variety.

The goal and ambition of Ringo Media is to develop audiovisual projects that bring a unique and honest look, paying special attention to stories of women. Following that path the company is now developing 4 projects. Two feature films: THE FURY by Gemma Blasco (Two Industry Awards at FICG), LOW SEASON by Marta Font, the documentary PATARINOS by Zeltia Outeiriño and the feature documentary OLE MI COÑO by Patricia Franquesa. It will premiere PONTO FINAL, the new short film by Goya winner Miguel López Beraza. And the long-awaited feature debut by Álvaro Gago, MATRIA.

You can get in touch with us at: